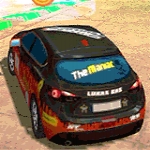 It's time to burn rubber! City Drifting is not for those who want to sit back, relax and drive. It's for people who loves adrenaline rush, speed junkies and extreme drifters! This game will let you experience a whole new way of drifting. In multiplayer you'll have to showcase your drifting skills against your friends and other opponents. Every drift corresponds to scores, so the one who got the highest score in the given time will win! While in single player you'll have different stages with tasks that you need to complete in a given time. As the stage progresses the tasks becomes more difficult. So if you are up to the challenge then this game is for you! Enter to enjoy playing City Drifting game without any charges at friv90000.org. City Drifting is one for our amazing Friv 90000 games to play and having fun.

Use Arrow keys And WASD button to Drive, Use Spacebar button to Hand Break, Use X button to Screenshot, Use C button to Camera, Use P button to Pause, Use M button to Mute,